Startup Tea Talk is the new series of events I am hosting.  In each event, we will feature 2 amazing speakers who is a successful Founders or a great investor. “Startup Tea Talk” is set to inspire hundreds of thousands of founders worldwide. There will be around 70-150 attendees onsite (Depends on venue).

Check out the latest schedule from eventbrite

Speaker bio of some of the confirmed speakers Josh joined the team in 2011 and invests in entrepreneurs building new consumer products and services. Josh specializes in designing, building, and scaling consumer products, having been part of multiple companies that have grown to more than 100 million users.

Before joining Greylock, Josh spent 15 years in product and engineering roles at leading companies in social, commerce, and media. Josh was the product lead for growth and relevance at Twitter, growing Twitter’s active user base by nearly 10x. Prior to Twitter, Josh worked on the platform at Facebook and led the launch of Facebook Connect. Josh was an early employee at LinkedIn and helped establish early models for user growth and launched v1 of LinkedIn Jobs. Josh also held roles leading product management for Zazzle, and product and engineering for RealJukebox and RealPlayer at RealNetworks.

Josh currently serves on the boards of Medium, Discord, Musical.ly (observer), Life On Air (makers of Houseparty), Operator, and Jelly. Josh also works closely with our investments in Nextdoor and Whosay. Josh led Greylock’s investment in SmartThings, which was acquired by Samsung in 2014.

Josh holds a BS in Symbolic Systems with a focus on Human Computer Interaction from Stanford University.

An entrepreneur now helping other entrepreneurs build successful businesses. Launched Tandem in 2007 as Silicon Valley’s mobile industry accelerator fund to work side-by-side with great founding teams, investing our sweat and funds to increase their odds of success. http://www.tandemcap.com I’ve always focused on building business value through relationships. Started my career as a corporate attorney with Gray Cary (now DLA Piper), where I was first exposed to startups and quickly learned that I could be of more use on the business side of the table.

Duncan Logan (@duncanlogan) is the founder and CEO of RocketSpace, an open innovation campus in the heart of San Francisco. 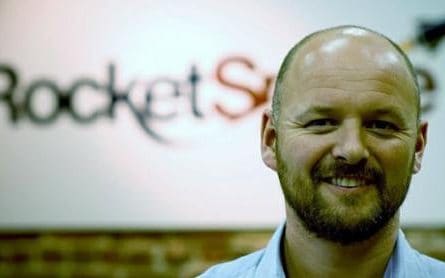 Over the last two years, Duncan’s passion for helping tech startups has fueled the success of more than 200 companies on the RocketSpace campus including Uber, Leap Motion, Snip.it, Podio, DOMO, and Beatport.

He firmly believes that startups can’t thrive in isolation and they are a product of their environment. RocketSpace surrounds its companies with the fuel they need to grow: speakers, classes, mentoring, recruiting, financing, HR, community events, venture capital, and more. Today, RocketSpace is home to more than 130 tech companies and a thriving corporate innovation program. Collectively, RocketSpace members and alumni have raised more than $1.8 billion in funding.

Duncan was born and raised near St. Andrews, Scotland and began his professional career working in derivatives at Swiss Bank Corporation in London. At 24, he started his first company, CITYPRO International, which he built to $8 million in revenue over a three year period, before selling to ASAP Plc in 2000, where he went on to become group managing director. In 2002, Duncan joined MessageLabs, an early SAAS security company, which he helped to build until it was sold to Symantec in 2008 for $700 million. He made the move to San Francisco in 2008.

Duncan is a good skier, an average runner and on weekends can be found renewing his frustration with golf. 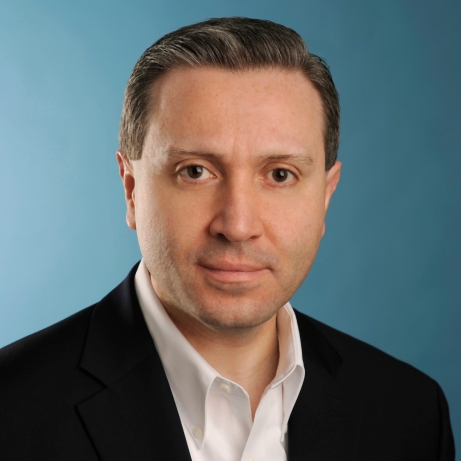 Louay Eldada is CEO and co-founder of Quanergy Systems, Inc. Dr. Eldada is a serial entrepreneur, having founded and sold three businesses to Fortune 100 companies. Quanergy is his fourth start-up. Dr. Eldada is a technical business leader with a proven track record at both small and large companies and with 70 patents, is a recognized expert in nanotechnology, photonic integrated circuits and advanced optoelectronics. Prior to Quanergy, he was CSO of SunEdison, after serving as CTO of HelioVolt, which was acquired by SK Energy. Dr. Eldada was earlier CTO of DuPont Photonic Technologies, formed by the acquisition of Telephotonics where he was founding CTO. His first job was at Honeywell, where he started the Telecom Photonics business and sold it to Corning. He studied business administration at Harvard, MIT and Stanford, and holds a Ph.D. in optical engineering from Columbia University. 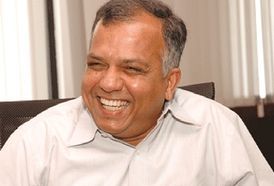 Sam Santhosh is the Founder & Chairman of MedGenome Inc, a Genetic Diagnostic and Research company with labs in San Francisco, USA and Bangalore, India. Sam is also the Promoter & CEO of SciGenom Inc. – a genomics R & D organization that conducts research work aimed at understanding the role of DNA sequence variation in all living things.

Sam was the CEO and Managing Director of California Software Limited (Calsoft) from 1992 –Feb 2012. He founded Calsoft in 1992 and under Sam’s vision Calsoft rapidly grew from a niche player in the Silicon Valley to a global player with over 1200 employees and presence in 8 countries. Sam took Calsoft Public and listed the company in the Indian Stock Exchanges. Sam oversaw the growth of Calsoft in all key areas – Finance, Strategy, Customer acquisition and inorganic growth through eight acquisitions including companies in U.S, UK, Japan and India.

Sam is passionate about science and technology and believes that harnessing the power of science is critical to innovation and wealth creation. Just as technology was the key driver of business in the 20th century, he believes that science will directly drive economic development as well as social and environmental well-being in the 21st century. It is this strong belief that has led him to make the move from Software Services where he spent the first 20 years of his career to a future that blends Science and Technology with Business. 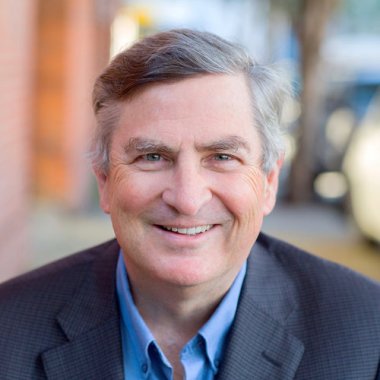 Duncan is a serial entrepreneur who most notably founded Covad Communications (the leading independent DSL provider, went public and reached a market value of $9B) and Sky Pilot Networks (developer of outdoor wireless mesh systems, acquired by Trillium in 2009 for connectivity to smart meters). He served as the SVP of Business Development at InterTrust and led the IPO in 1999 and the secondary in 2000 (InterTrust reached a $9B market value in 2000). He spent four years as a managing director at VantagePoint Venture Partners where he focused on digital media and telecom investments including Widevine (acquired by Google) and Livescribe.

Adam is a 2x entrepreneur and a 4th generation venture capitalist.  In 2009, the same year that Adam graduated from UCLA, he founded Xpert Financial, a secondary market for private securities. After settling millions of dollars in private security transactions and becoming a registered broker dealer, he left Xpert Financial in late 2012 and began angel investing, where he backed such startups as Coinbase, Plangrid and Earnest. Currently his portfolio of investments is valued at more than $1.5B.

Adam then partnered up with Brayton Williams and to change the face of global startup mentorship. The focus of Boost VC on future technology development stems from Adam Draper’s dream to create an Iron Man suit. 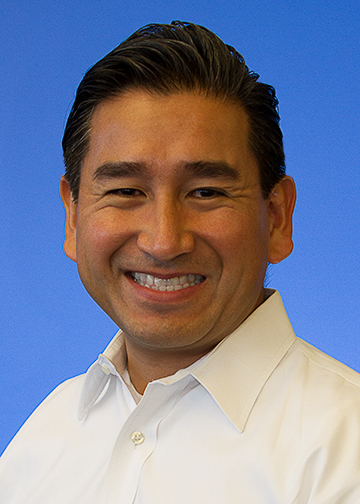 Mr. William Santana Li, also known as Bill, serves as the Chairman and Chief Executive Officer of Knightscope, Inc. Mr. Li serves as the Chairman and Chief Executive Officer of Carbon Motors Corporation. Mr. Li served as President and Chief Executive Officer of Build-To-Order, Inc. He joined Model E Corporation in November 1999, following an eight-year career with Ford Motor Company where he held a range of engineering, marketing, and development positions. During his domestic and international assignments, Li developed a holistic understanding of the automotive industry. Most recently, Mr. Li founded and served as Chief Operating Officer of GreenLeaf LLC. Mr. Li is an American entrepreneur with over 23 years of experience and has a broad and deep range of expertise gained from several global assignments in the automotive sector and a number of startups. During his career at Ford Motor Company, Mr. Li held over 12 business and technical positions, focused on 4 continents, cutting across each functional area. Mr. Li was on the AMAZON team, which established an all-new modular plant in Brazil. Subsequently, he served as Director of Mergers & Acquisitions. Mr. Li was the Youngest Senior Executive at Ford worldwide. After successfully establishing GreenLeaf, Mr. Li was recruited by SOFTBANK Venture Capital to establish Model E Corporation as its President and Chief Executive Officer. He subsequently co-founded Build-To-Order Inc. (BTO). Mr. Li was the founder of Carbon Motors, focused it on developing the world’s first purpose-built law enforcement patrol vehicle. He also built a world- class advisory board comprised of senior officials that had worked directly for 3 different U.S. President. Mr. Li holds a B.S. in electrical engineering from Carnegie Mellon University and an M.B.A from the University of Detroit Mercy. He is fluent in Spanish and conversant in Portuguese.

Previously, Sunil spent several years with Goldman Sachs and Credit Suisse in M&A and equity financing working with leading technology companies including Cisco, Yahoo, HP, Oracle and Applied Materials, among others. Sunil holds a BS in Business Administration from the Haas School of Business, UC Berkeley.

In this event, a host like myself or an investor will do a fireside chat with each presenter for 25 minutes.